2016 was the year of Angelique Kerber.

Heading into the season, Kerber had never reached a Grand Slam final. But when the 28-year-old German arrived in New York that year, she had already reached two major finals, beating Serena Williams for the Australian Open title in January and then falling to the American legend in the Wimbledon final in July. She also captured the silver medal at the Olympic Games that summer in Rio.

Kerber’s international breakthrough originally came at the US Open in 2011, when, unseeded, she advanced to the semifinals. She finished in the Top 10 for the first time the following year in 2012 and remained there for the next four seasons. She eventually reached a career-high ranking of No. 2 following her title run Down Under and was the world No. 2 and second seed entering the 2016 US Open.

The left-handed German was red hot during the Flushing fortnight and did not drop a set in her first six matches of the tournament, which included wins over two-time Wimbledon champion Petra Kvitova in the round of 16, 2015 US Open finalist Roberta Vinci in the quarterfinals and 2009 and 2014 runner-up Caroline Wozniacki in the semifinals. 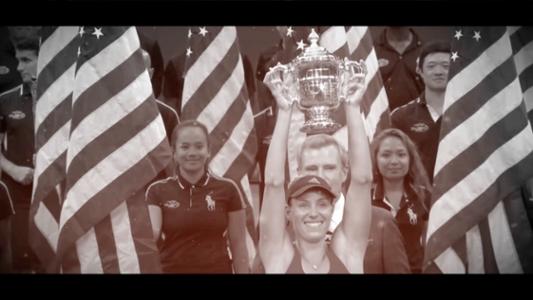 In the final, she faced No. 10 seed Karolina Pliskova, a powerful, 6-foot-1 Czech who had notched wins over Venus Williams in the fourth round and Serena Williams in the semifinals to reach her first-ever Grand Slam championship.

The final between Kerber and the 24-year-old Pliskova was the match of the tournament. Kerber won the thrilling three-setter, 6-3, 4-6, 6-4, taking five of the last six games of the match and coming back from 3-1 down in the final set to defeat the Czech. By winning the title, she also moved up to No. 1 in the world rankings for the first time in her career.

"When I was a kid, I was always dreaming to one day be the No. 1 player in the world, to win Grand Slams. And today is the day. All the dreams came true this year," Kerber said following her victory.

A fitting end to a tremendous year for the German star.

50 Fact: Kerber was the first German to win the US Open since Steffi Graf in 1996 and, at age 28, the oldest player to debut at No. 1 in the world rankings.