Marat Safin was a titanic talent with a game as mercurial as his personality and the kind of easy power that branded him a generational star. Throughout his 12-year professional career, he sometimes struggled to sync mind and body, but when he did, the outcome was often astounding.

One such result came in Flushing Meadows in 2000. The combustible Russian entered that year’s US Open fresh off a victory at the Rogers Cup in Canada, arguably the biggest win of his career at the time. As the Open’s sixth seed, he was certainly considered a contender, though not a title favorite.

Safin’s first few rounds were choppy. He required 14 sets to navigate the first three rounds – including an epic five-set win over Sebastien Grosjean in the third round that went 7-6 in the fifth and which, due to a series of rain delays, necessitated Safin borrowing socks from Jeff Tarango and a new shirt and shorts from Nicolas Kiefer. But he settled in after that, dusting No. 12 seed Juan Carlos Ferrero in the fourth round, eliminating No. 14 Kiefer in four sets in the quarterfinals and winning a matchup of big men (Safin was an imposing 6-foot-4) against 6-6 Todd Martin in the semifinals.

It all felt like a nice run, one sure to end in the final against then-four-time US Open champion Pete Sampras, who was coming off a title at Wimbledon to open the summer and had won each of his last eight Grand Slam singles finals. And to be sure, the final was one-sided, the victor just not expected. Safin was brilliant on that Sunday, booming serves and stepping inside the baseline to pound winners against a seemingly helpless Sampras. 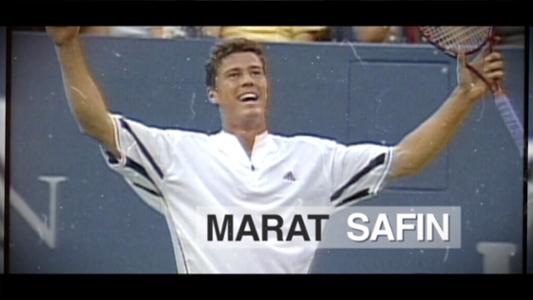 The American, inarguably one of the best servers in tennis history, registered just eight aces on the afternoon and was broken four times in 14 service games. He routinely attempted to press his advantage at the net, only to be repeatedly bested by his 20-year-old opponent, who recorded 21 of his 22 groundstroke winners on passing shots.

For his part, Safin was never broken, warding off the two break points he faced – both in his last service game, when he admitted that nerves crept in – and finishing with 37 winners to just 12 unforced errors on the match. It was utter domination, 6-4, 6-3, 6-3, the kind of bravura performance that few deliver on the biggest stage – and rarer still in your first major final.

The victory served as the headlining act in Safin’s breakout season, in which he surged from No. 25 in the world to No. 1 and captured seven of his 15 career tour singles titles.

Safin would add a second Grand Slam title at the Australian Open in 2005 – his last tour crown, as it would turn out – and earn induction into International Tennis Hall of Fame in 2016. But for the many who followed his career, there is no memory more indelible than the young man who dominated the US Open final against one of the game’s all-time greats, performing feats few would ever be able to muster – or replicate.

50 Fact: Safin won his US Open title at 20 years, 7 months old. He is the fourth-youngest US Open men’s singles champion of the Open era and the ninth youngest in tournament history. Only Lleyton Hewitt (20 years, 6 months, in 2001) has won a Flushing men’s crown at a younger age in the 2000s.