The Rocket saved his best for last.

Rod Laver made tennis history at the US Open in 1969, when his 11th and final major singles title completed an unprecedented second calendar-year Grand Slam.

Almost half a century has now passed since Laver defeated fellow Australian Tony Roche in the men's final, but he still remains the only man to win all four majors in the same year. 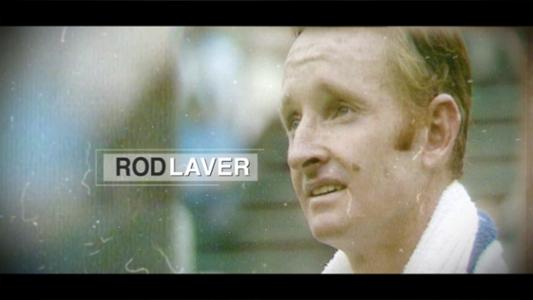 The championship match was pushed back to Tuesday because of rain, and even then, a helicopter was called in to hover over the court to dry the grass after a 90-minute delay. The slippery conditions had earlier prompted Laver, who had not lost a match since Wimbledon and went on to finish the season with a 106-16 record, to switch from sneakers to spikes after he was broken while trying to serve out the first set.

Laver’s US Open triumph was his second in New York. As an amateur, he won the US Championships in 1962 to complete his first calendar-year Grand Slam. He would turn professional three months later.

50 Fact: Laver's final US Open match was a fourth-round loss to Bjorn Borg in 1975, two decades after he made his Forest Hills debut against American Ham Richardson in 1956.