Early in her career, Samantha Stosur developed a reputation as an elite doubles partner. With great hands, exceptional court awareness and good feel at the net, her reputation was well deserved.

But she was never too enamored with the ‘doubles specialist’ tag, and it wasn’t until she started transitioning away from playing with long-time partner Lisa Raymond that she started to find individual success. Today she’s regarded as one of the best Australian players of her generation.

The five-time major doubles champ entered the 2011 US Open as the No. 9 seed. She won her first two matches without dropping a set before outlasting No. 24 seed Nadia Petrova, 7-6, 6-7, 7-5, in the Round of 32. She held off 25th-seeded Russian Maria Kirilenko in the fourth round and then toppled second-seeded Vera Zvonareva in straight sets to reach the final four.

Stosur beat unseeded Angelique Kerber in the semis to set up a finals showdown with Serena Williams, who had entered using a protected ranking following foot surgery earlier in the year and had eliminated world No. 1 Caroline Wozniacki in the semifinals. 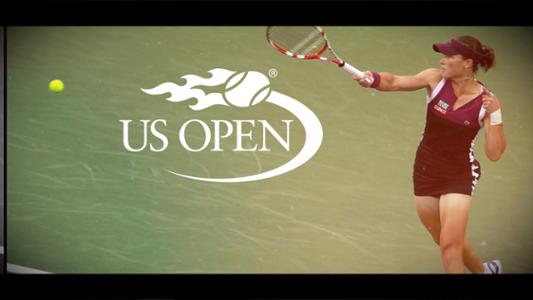 Williams entered the final as the overwhelming favorite, but Stosur was too good on this day, beating the American at her own game with a barrage of booming forehands. After Stosur romped through a 31-minute opening set, Williams began to lose her composure, but Stosur remained unnerved. And on her third championship point, Stosur ran around a second serve to crush a cross-court forehand to write her name in the record books.

Stosur became the second Australian to ever win the US Open, joining Margaret Court, who lifted the trophy three times in the first six years of the Open era. She was also the first Aussie woman to win a major title since Evonne Goolagong Cawley at Wimbledon in 1980.