This year, as we celebrate the 50th anniversary of the US Open, we’re counting down the 50 most memorable moments in the history of America’s Grand Slam. Today, we take a look back at No. 47.

Less than a year after foot surgery and playing in only her fifth tournament since her return to the tour, Sloane Stephens staged one of the most improbable runs to a US Open women's singles title in the tournament's history.

Stephens, who had reached the Australian Open semifinals in 2013 and was ranked as high as No. 11 that year, had been sidelined for 11 months with a severe foot injury that required surgery in January. The 24-year-old began training in May, returned to the tour at Wimbledon and had played just four tournaments leading up to the US Open. During her comeback, Stephens reached semifinals at both Toronto and Cincinnati, and her ranking had skyrocketed from No. 957 to No. 83. 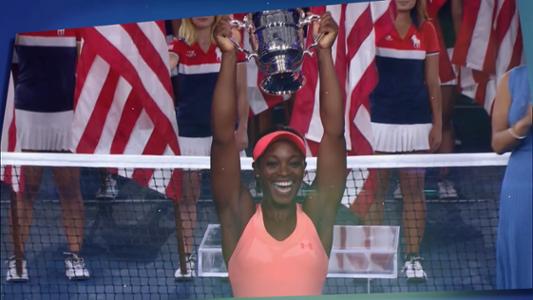 Stephens, who was playing in her first major final, became the first American woman not named Williams to win a Grand Slam singles title since Jennifer Capriati at the 2002 Australian Open. She was the lowest-ranked player to capture the US Open women's singles championship in the Open era and the second-lowest ranked player to reach the final at any Grand Slam tournament since 1978, when No. 111-ranked Chris O'Neil won the women's singles title at the Australian Open.

By all accounts, Stephens' run to the title was an improbable one. Even to the Grand Slam champion herself.

“I should just retire now,” Stephens said following the women's final. “I told Maddie (2017 US Open runner-up Madison Keys) I’m never going to be able to top this. I mean, talk about a comeback.”

Join the celebration. Share your favorite on/off-court moments from the US Open using hashtag #USOpen50, and be sure to tag @usopen to be featured here
.