Virginia Wade etched her name into the record books when, in 1968, she won the first-ever US Open women’s singles title in the Open era.

The No. 6 seed was pushed to three sets only once – a 6-3, 3-6, 6-3 first-round victory over American Stephanie DeFina – a remarkable feat considering her eventual path to the final.

The Brit defeated No. 3 seed Judy Tegart of Australia in the quarterfinals, countrywoman and No. 2 seed Ann Jones in the semis and top-seeded defending champion Billie Jean King in the final. 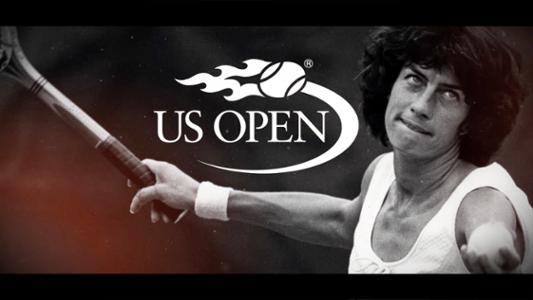 It marked the first of three major singles titles for Wade, who also went on to win four Grand Slam women’s doubles crowns, including at the US Open in 1973 and 1975.

Wade remains the only British woman to contest a US Open singles final in the Open era. The last Brit to triumph in New York was Betty Nuthall, almost four decades earlier in 1930, when the tournament was known as the U.S. National Championships.

50 Fact: Wade remains the only player – man or woman – to win the US Open singles title by beating each of the top three seeds in succession. In addition, no woman seeded lower than fourth won the US Open women’s single title again until 1990, when Gabriela Sabatini defeated Steffi Graf.